The latest changes in the USB ecosystem can look confusing.

Every new generation of connectors is a burden for hardware engineers, firmware authors, and users, and requires efforts for adoption.

Why introducing USB-C? What are the Alternate Modes? What has Thunderbolt to do with it? What is that merged Thunderbolt 4 and USB4 thing?

For those of us who saw any of the Star Wars movies, series, and whatnot they do of it today, one detail could have catched the eye of the tech-enthusiast which is very close to USB.

To communicate with machines, like a space ship, an access terminal for servers, a door controller, a storage computer... there is always this same circular-shaped plug, regardless of what he had to communicate with:

Is it not an illustration of what USB strives to be? Unifying the connectors onto a single plug has always been the motive of the Universal Serial Bus.

Merging connectors over and again ¶

Quite a few protocols were absorbed by the ubiquitous USB octopus as early as USB 1.0:

I do like these many sturdy old plugs though!

It was a great relief to many when the USB Type-C connectors was unveiled: finally a connector that could be plugged on either direction!

The USB Type-C connector did not introduce an upgrade to the USB protocol: it is a mere connector specification, which might be used for any purpose, but is most often used for USB.

In fact, the USB Type-C connector is used for many more protocols that are not USB in any kind of way!

A lot of protocol work groups were attracted by this convenient connector, and many decided to adopt it for their own wire protocol.

USB was a standard protocol that aimed to unify protocols onto a common BUS, with USB Type-C, it becomes a standard connector that unify connectors for different protocols!

For the end-user, that means fewer time looking for the right cable and right socket, but since the connector is used for different protocols, how to be sure the cable is plugged at the right place? One may now plug a Type-C printer to a Type-C display port of a computer.

Since the same plug carries many protocols directly with their own way to use the many pins of the Type-C connector, there has to be a way to make the computer select the right protocol once the cable is plugged.

This is what Alternate Mode is for. It is not a feature of USB 3.2 or any protocol version, it is a feature of the Type-C connector.

These are the three main Alternate Mode available.

This shows by and large that the USB Type-C connector has nothing to do with USB anymomre, and its use for the USB protocol is only one of its purposes.

While connecting a DisplayPort screen in Alternate Mode, there is not a single bit of USB transmitted.

The other versions of USB are mostly incremental improvement over USB 1.0, improving speed without changing the basics.

Each version can use any of the USB connectors, Type-A, Type-B, Type-C, without adaptation. The various USB X.Y are the logical protocols, and the various Type-? are the physical port specifications.

Although, the USB 3.2 started to use an extra pin of the Type-C connector in order to reach higher speeds.

And Thunderbolt in all that? ¶

Thunderbolt is another take on plugging anything to a computer, and was also around since long. Instead of defining communication modes, it focuses on tunneling two existing protocols:

PCIe, for plugging graphic, network, storage, or other extension cards to the processor.

By comparing with TCP/IP Thunderbolt is like ethernet and PCIe is like IP. whereas using DisplayPort Alternate Mode is like putting IP packets through a wire without ethernet headers.

Thunderbolt 1 and 2 did not introduce their own connector type, and instead are borrowing the Mini DisplayPort connector.

Thunderbolt 3 and 4 also avoid using yet another connector type, and instead use the Type-C connector.

How convenient: the Type-C connector has the Alternate Mode for letting the computer know that it is Thunderbolt talking over the wire instead of USB.

This means that a lot more of computers are going to have an external PCIe port, through the Thunderbolt encapsulation, through the Type-C connector. For instance, we can already find adapters that lets you plug regular PCIe devices like a graphic card over a cable! 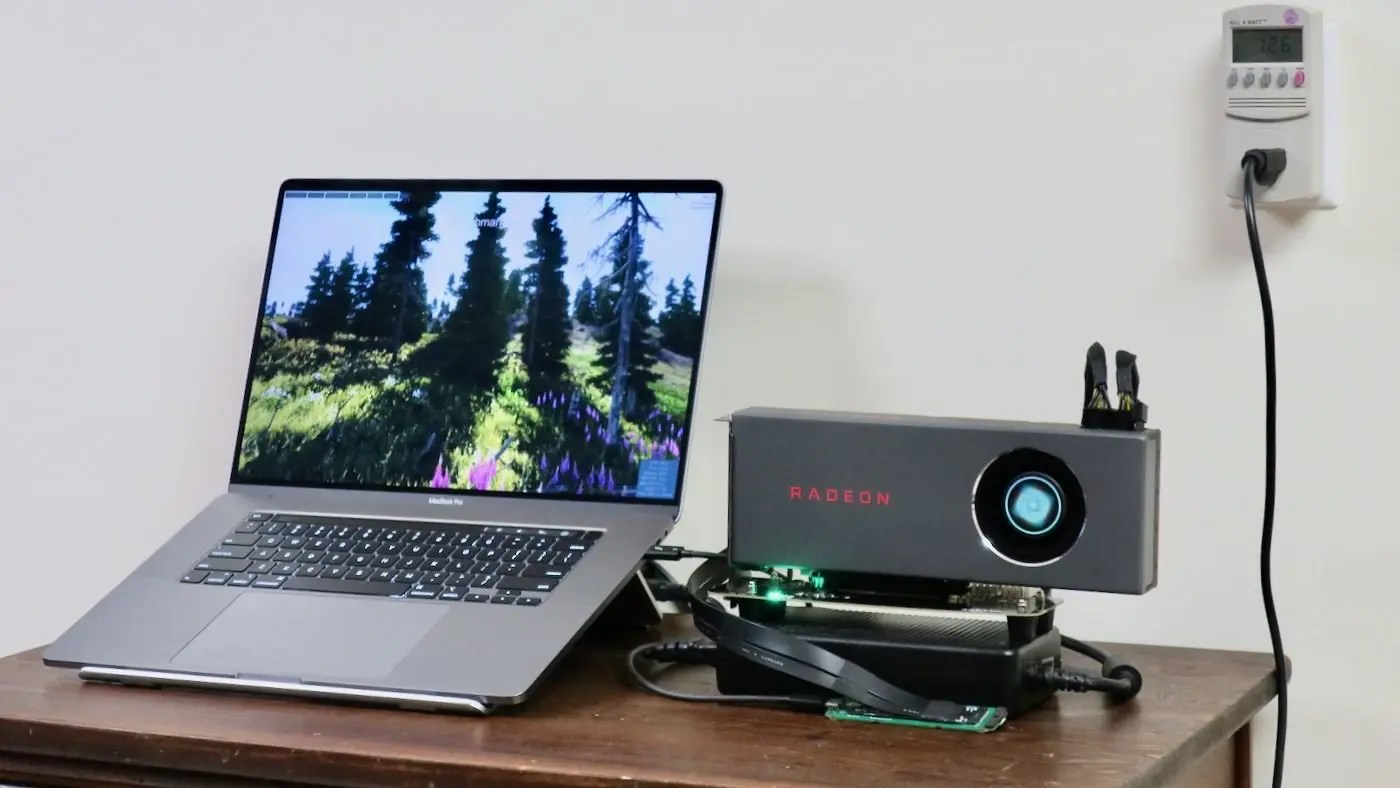 USB4: the revenge of Thunderbolt ¶

Over the years, USB had quite a few approaches for sharing a single port for many devices:

USB4 only is an encapsulation protocol, and cannot connect anything like a mouse or a hard drive. After all, it is Thunderbolt 4, and not USB 4.0.

For that, USB4 encapsulates USB 1.0 (or any other version) onto USB4 packets that are transmitted over a Type-C .

With the advent of Thunderbolt 4:

We do not have "yet another USB protocol", instead USB is adopting Thunderbolt 4.

We do not have "yet another thing to negociate before to talk", as Thunderbolt 4 is using the existing Alternate Mode of the Type-C connector to let the computer know what to use.

In fact, the only change is that in addition of PCIe and DisplayPort, Thunderbolt is now able to encapsulate USB (1.0, 2.0 and 3.x).

Thunderbolt already tried to merge with USB in the past, but the USB Implementation Forum did refuse. It looks like USB-IF changed their mind...

The way of the past was replacing various protocols by USB.

The way of the present is using Alternate Mode for talking various protocols over the same physical port.

The way of the future is using Thunderbolt 4 for encapsulating various protocols on a same packet format.

Resources that helped me understand how these standards play together.

After some testing with the monitor once I got it, I realized that using it with a desktop system might be difficult because it uses a single USB-C (non-Thunderbolt) cable for its display and audio, but it also has a 3-port USB-C hub on the back of it and its brightness controls and ambient light sensor also connect over that single USB-C cable. This all works by using the USB-C cable for data as usual but it sends the screen data over DisplayPort using dedicated pins of the USB-C cable (“Alt Mode”). This requires that the computer it’s connecting to have a USB-C port that can break out those pins and route them to the DisplayPort signal of the GPU while also handling the data devices of the USB-C connection. Using an external GPU (“video card” back in my day) would be difficult because even if it had a USB-C connector (most just have HDMI and/or DisplayPort), it would need to somehow route the data from that cable back to the computer as USB data since the GPU is only talking DisplayPort.